A Phone Call from a Frankie Valli Fan!

How dare you talk about Frankie like that with the children around! 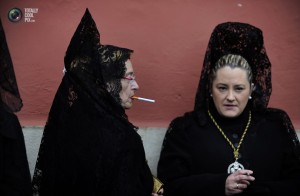 I am flying off to do my first interview on The Inside Edition Show with Deborah Norville and I get off the plane with this voicemail from a New Jersey area code.  I immediately listened thinking it might be someone from the show.  Omg.  This female voice that sounded like a husky smoking gargle went off the chain on me.  She started off yelling, condemning me for letting this information out, of course, when the very week the movie, Jersey Boys came out. She says, “How could I do that to Frankie.”

Then she proceeds to scold me about my children and his children knowing about this. It was odd now in retrospect.  She didn’t say I was lying.  She said I was wrong for ruining Frankie’s big weekend.  Seriously!  I painfully listened to the voicemail a few times to make sure I got the message she was trying to convey.  Each time my stomach got a little sicker as though as I was inhaling the poison and tar lingering in her chest.  I couldn’t think about anything else for days.  Was she right?  Was I wrong to tell my story?  Why is it when men brag about their conquests it is considered a badge of honor.

When a woman reaches out with her story it is a breach of secrecy between a man and a woman.  And, who thinks our grown up kids don’t already know the truth.  Kids know more then we care to admit.  As for the caller, she ruined a few restful nights until my son said, “Mom, people are going to say crap like that.  It’s part of being in the public eye.  We love you and know you are a great person.  F. them Mom.”

So I pulled up my big girls panties and continue to write and share and love those who understand and walk past those who don’t.

April Kirkwood, LPC is a vetted therapist, published author, and TedX speaker providing innovative methods untiling Eastern and Western practice and moving in the direction of accelerated spiritual ascension and healing where typical counseling falls short. Her studies and heartaches have taken her deeper into guidance found in soul contracts as well as healing and protective practices needed now more than ever. She assists others in connecting with their life purpose, finding the reasons and lessons they've come to master, and the purpose of others in their lives. Her one-of-a-kind content is creating a movement that wakes up others and Star seed children providing protection practices, soul retrieval, and guidance to prepare for 5D life on heaven on earth. The new vibrations are greatly affecting mind, body, and soul as never before in each of us as never before. Let's clear out old karma, contracts, and agreements from thousands of lifetimes for both ourselves and our lineage. You've chosen to be one of the healers of this new dispensation. Welcome home. Let's win. Let's raise the frequency of ourselves and those near and dear to us. Here to teach, guide, and love you. Grateful to serve, April